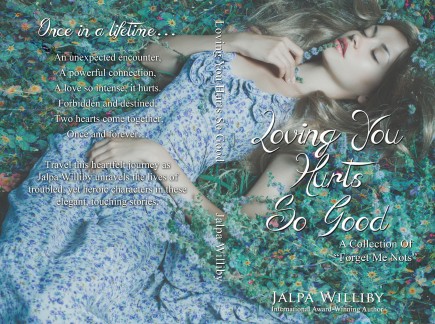 Hello! Hope all is well! Jed and Sage’s story continues in Broken. This contains both Chap 6 & 7 since both are fairly short. Please be sure to read Chap 1-5 first. Links are below:

For the next month, Sage attended all of Jed’s therapy sessions. Although Jed was reluctant at first, he allowed himself to let his guard down around her. To his surprise, they were back to being the same friends they were years ago.

Knowing Sage was his biggest cheerleader during his therapy, Jed continued to work hard. He wanted to impress her, and she used that to push him even harder. Sage gave him no breaks, and he knew that was exactly what he needed.

One evening after dinner, when they pulled up to his parents’ house, Jed noticed the limo parked out front. “Who could that be?” he wondered out loud.

As soon as he had pulled himself into his wheelchair from the car, he heard, “Jed! Oh my gosh! I’ve been worried sick about you.”

Recognizing Bonnie’s voice, he immediately felt his muscles tense. Turning to face her, he asked, “How did you know where to find me?”

“What kind of greeting is that, darling? You look great as usual.” Bonnie leaned down and kissed Jed on the lips.

“Bonnie, how did you know where to find me?” he repeated.

“I kind of found out from Nick’s laptop. I know I shouldn’t have snuck around like that, but he wasn’t talking, and I really had to see you. I’ve missed you so much, babe.”

“Er, sorry, Sage. Yeah, so this is Bonnie.” Jed introduced them awkwardly.

“Uh, no, Bonnie. You know that’s not true.” Jed was becoming irritated with her.

“I have to go,” Sage said, turning quickly to retreat. But, before she could go anywhere, a bright light flashed in her eyes, blinding her. Suddenly, there seemed to be hundreds of flashes coming from every direction.

“Jed Dalton, do you have a statement for us?” One question after another was being fired off all at once.

“Are you still paralyzed?”

“Is this your new girlfriend?”

“When will you write music again?”

“Will you ever be able to walk again?”

“Is your music career done?”

Sage and Jed retreated into the safety of the house, desperate to escape the paparazzi. Bonnie, on the other hand, stood out there, waving and smiling at the cameras.

Jed cringed in the house, hoping she wouldn’t say anything stupid.

“Real piece of work you got there,” Sage mumbled. “Guess you prefer looks over brains for your girlfriends.”

“Girlfriend, lover…what’s the difference?” Sage mimicked. “I’m out of here.”

“How are you going to go? They’re all over the place out there.”

“I’d rather face the stupid paparazzi right about now.” Sage ran out and dashed into her car while Bonnie continued to pose for the cameras. As she sped her car out of there, the press had no choice but to get out of her way.

When Jed saw Sage the next day, he was pleasantly surprised. “I didn’t think you’d come today.”

“I told you I was sticking around. Where’s your girlfriend?”

“For the hundredth time, she has never been my girlfriend and never will be. I sent her home last night. I had a feeling she brought the press with her, so I let her have it. She flew back out to LA last night.”

“Now that they know where you’ve been hiding out, what are your plans? They’ll keep hounding you here at your parents’ home. I already saw some lurking out there.”

“They’re already here? Damn it! I’ll have to leave from here, but I want to continue my treatment with the therapists who know me. I’m thinking of moving into a hotel for a while.”

“You remember my family owns that cabin not too far from here, right? It would be a perfect place for a hideout because it’s completely secluded. That might be better than a hotel. I mean, they’ll find you at a hotel for sure.”

“Sage, did you forget? I need everything handicapped accessible. How would I be able to do things for myself?”

“We can bring your bath bench and your adapted toilet seat. There are no steps into the cabin, and it’s all one story. The driveway is a nice pavement. I really think we could make it work.”

“We are not going anywhere. I’m the one who’ll need to figure something out,” Jed said.

“I’ll stay at the cabin with you. It’s a two bedroom cabin. It’s not like we’re staying for a long time. It’ll just buy you some time to work things out,” Sage insisted.

“No, Sage. There are still some things I need help with. Things I don’t really want you to be around for.”

“Oh, for heaven’s sake, Jed! I’m a doctor. I do this for a living, remember? If I can help strangers, why can’t I help my friend?”

“If you’re worried about the whole toileting thing, I have an idea. I think we need to talk with your doctors and see if they’ll pull your catheter and put you on a bowel and bladder training program. You already said you can feel the urgency to use the bathroom more consistently now. That’s a good sign. If you toilet yourself every couple of hours, I think you could really train your body.” Sage’s eyes danced with excitement.

Jed’s heart raced at the thought of having the silly tube pulled, but he remained cautiously optimistic.

“Don’t you see your doctor today? I planned on going with you if you’re okay with that. Maybe we can ask him.”

“Okay, it would be nice, that’s for sure. This has been a huge thorn on my side.”

Before long, both were sitting in the doctor’s office. After Dr. Parker reviewed Jed’s therapy notes, he said, “I’m pleased with your progress, Jed. Looks like some of your muscles are starting to work. And yeah, I think it’s a good idea to see how your bowel and bladder training program goes. I’ll have the nurse pull your catheter today.”

“Wow! That’s great! Thanks, Doc! I was scared this tube was permanent for me.”

“Well, let’s not jump the gun, Jed. This is all trial and error. Hopefully, all goes well, but be prepared for accidents. You still don’t have all your sensations and motor functions back. So, one day at a time, remember?”

“We’re going to remain optimistic, Larry,” Sage replied. “Jed is already doing so much more than we had anticipated. Plus, once he makes up his mind on something, he’s a stubborn fellow. If anybody can get through this, it’s Jed.” A hint of pride echoed in her voice.

“With your expertise and support, Sage, I know odds are in Jed’s favor. You know how it is with medicine, especially with rehab. It’s one day at a time…one step at a time.”

“We appreciate your honestly, Doc. I’m ready for this tube to be out of me, though. Where’s that nurse?” Jed asked.

When they were alone in the car later, Sage asked, “So, how does it feel?”

“Well, the good news is when they pulled the catheter out, I actually felt a little pain. I think it was pain anyway. An uncomfortable feeling maybe. That’s a good sign, right?”

“Absolutely!” Sage said and reached to squeeze his hand.

Jed smiled. “So, we’re moving in together in that cabin of yours? You sure you know what you’re getting into?”

“Oh, I’m ready, big guy. I’ll pick you up in the middle of the night to avoid being seen.”

When they reached his parents’ home, they rushed inside to avoid the paparazzi once again.

“What the heck is going on out there? How did they find you, Jed? You’re all over the gossip sites.” Trina was in the house, waiting for them.

“Already?” Jed turned to his sister.

She pulled her phone out and searched for his name. “Here’s one headline. It says, ‘Jed Dalton Doesn’t Let His Wheelchair Slow Him Down With Women.’ And, there are pictures of Sage and some bimbo.”

Sage laughed. “What type of reputation have you built for yourself?”

Jed rolled his eyes. “They’re parasites. I need to get out of here.”

Just then, his parents came to the living room. “Where are you going to go? They’ll just find you wherever you go.”

“Right now, I need to focus on my rehab. I can’t worry about the paparazzi.”

“I’m getting him out of here,” Sage replied. “We’re going to the cabin tonight. Hopefully, that’ll buy some time.”

“Oh yeah, great idea. They haven’t figured out where you’re getting your rehab yet, have they?” Jed’s mom asked.

“Not yet, anyway,” Jed answered, rolling his eyes.

More to come soon! As always, thank you for your support. All of my books and stories can be found on Amazon (and they’re all free on Kindle Unlimited). LINK