Hey, everybody! Jed and Sage’s story continues in Broken. Here are Chapters 8 & 9. Please be sure to read Chap 1-7 first. Links are below:

The cabin was surrounded by trees and hidden nicely away from the main roads. Luckily, it was fairly easy to move his wheelchair around because of the cemented pathways. They arrived at two in the morning, and by the time Sage unloaded everything and set the bathroom up, it had turned into three o’clock.

“Thanks again for everything. I think we escaped undetected. I know you must be tired. I’m going to try to use the bathroom one more time, but I think I should be okay now. You should get some sleep,” Jed said.

Sage laughed. “I like tucking you in. Now, go try to use the bathroom. I want to know if you’re successful with it.”

“You’re a bully!” Jed laughed, wheeling himself into the bathroom. He had no idea how he got so comfortable with her so quickly. It was as if the last ten years had never occurred.

When he returned to the bedroom fifteen minutes later, Sage was still there, but was wearing her sweats and a tank top. “Figured I’d go change and then check on you before hitting the sack.”

“Hey! It’s comfortable. So, were you able to pee in the toilet?”

“I know you won’t leave me alone until I answer, so yes, I did pee. Satisfied?”

“Much.” Sage watched when Jed positioned his wheelchair next to the bed to scoot himself over. “Why don’t you try to stand up to get into the bed?”

“Because I’ll fall flat on my face,” he answered, frowning.

“How do you know unless you try? You have to try every time so you can teach yourself to stand again,” Sage encouraged.

“You think I can just miraculously stand and get into this bed?”

“No, but I can help you stand. I’m just saying the more you force yourself to use the muscles, the better.”

“Yeah, I’ll do what your therapists do. I’ll be right in front of you and hold onto your waist to assist.” Sage took her position, and Jed made sure his feet were properly placed under him. “Okay, at the count of three. You ready?” When Jed nodded, she continued, “One, two, three.”

Jed pushed up with his legs with all his might, and Sage helped him up. He had to hold her shoulders with his hands for support. Somehow, he was bearing weight through his legs, but he knew they would collapse any second. Quickly turning, he fell onto the bed, taking Sage with him.

Both laughing hysterically, Sage remained on top of him while he continued to hold her. “Hey, I think you were able to stand for a second or two,” she said.

“I was pushing down with my hands quite a bit on your shoulders. You okay?” Jed asked while playing with her hair.

Sage looked up at him, suddenly realizing how close they were. “Yeah, um, I better go.”

When she tried to pull herself off of him, Jed held her tighter.

“Not yet,” he whispered. He held her face and brought it down for a kiss. Deepening the kiss, Jed heard her moan. He permitted his hands to roam her body, reliving every memory. He knew exactly how to touch her…what made her feel good. With skin as soft as snow, she melted under his touch. What he wouldn’t do to make her his at that very moment. Reality came crashing down, though, and he abruptly pulled away. “We better stop.”

“Mm,” she moaned. “That felt good.” She rested her head on his chest, enjoying the rock-hard muscles under her. Jed had always been athletic and active, which is probably what’s helping with his rehabilitation.

“Sage? Yeah, so I totally felt something.”

Looking up at him, she asked, “What do you mean?”

“I mean, it felt good, like really good. I didn’t think I could respond like that with my paralysis and all. But, you definitely were able to wake up some muscles that have been inactive since the accident.”

When he saw her eyes filling with tears, he said, “Don’t. One day at a time, right?”

Each day, Jed continued to show improvements, and each day, they became closer. While she was stretching his legs on his bed one evening, she said, “One of my colleagues is attending a conference at Dallas this weekend. He’s a neurologist, and he specializes in spinal cord injuries. I’d love for us to meet with him to get his opinion. We can bring your records, and maybe he might be able to give us some type of prognosis.”

“You want us to drive up to Dallas?”

“Yeah, I’ve known him for a while, and I know he’s good at what he does. I think he’ll be honest with us.”

“All right, sure. We can drive up. It’s only an hour and a half drive.”

“Okay, good. I’ll let him know. Maybe he can meet us for lunch or dinner, and we can fill him in.”

Jed remained quiet for a few moments before he finally asked the question that had been bothering him for a long time. “Why did you break up with me, Sage?”

Pausing briefly, she answered, “We were in the opposite sides of the country. Our relationship was drifting, and I knew you were starting a new life in LA. I didn’t want to hold you back.”

“Bullshit! Don’t turn it around on me. You know damn well, I never wanted either of us to quit on our relationship, no matter how hard it got.” Jed remembered feeling the betrayal and the pain when she had ended it. “You wouldn’t even meet with me in person. Our relationship was that insignificant to you that you just ended it over a phone call.”

“It wasn’t easy for me, Jed. But, one of us had to do the right thing. I was busy with my studies, and every time I saw pictures of you on social media partying with different girls, I’d go crazy. I literally couldn’t even focus on anything but what you were doing. Finally, it all just got too much. I knew I had to let you go.” Sage quickly wiped the tears that had slipped out.

Jed grabbed her hand and pulled her down toward him. Rolling on top of her, he stared into her eyes, her soul. His eyes raw with deep emotions, he said, “You made the decision for both of us. You gave me no choice. Like I had no feelings. Like I was just along for a ride. I mattered, Sage. You mattered, and our relationship mattered. I didn’t want us to walk away.”

Sage could see the pain and anger in his eyes. “I tried to stay connected. I called you numerous times, so we could keep in touch,” she tried to explain.

“You think after our history together that I could just be your friend? Come on, you know me better than that.”

Jed buried his face into her neck. “Losing you nearly killed me,” he whispered.

Sage tangled her fingers into the lock of his hair and held him close. Unable to resist, she began to pull his t-shirt off. Playing with his chiseled chest, she closed her eyes, savoring the sensation. She could feel him trembling under her touch, enjoying the power she had over him. “I’ve missed you, Jed.”

Looking deep into her eyes, he slowly lowered his lips, devouring her. Turned on by his passion, Sage instinctively molded her body against his. Soon, he had her tank top off and was already playing with her breasts with his hands and lips. She couldn’t help the moans that slipped out as both of their breathing became erratic.

“Sage, my whole being wants you so bad. You can’t possibly imagine. But, I don’t think I can yet.”

Slowing her breathing down, she said, “It’s okay. It doesn’t matter.”

Jed kissed her one more time. “Stay in this bed with me tonight. I want you in my arms.”

Nothing could make her happier. Sage slid closer to him and cherished the strong arms cradling her.

Jed held her tight, thanking his lucky stars she was back in his life. Holding Sage in his arms felt like being home again.

Chapter 10 coming soon! As always, thank you for your support. All of my books and stories can be found on Amazon (and they’re all free on Kindle Unlimited). LINK

I have so much to tell you guys! In November, I went to Miami for Readers’ Favorite International Book Awards Ceremony. Both, Fate’s Cry and Fate’s Roar, won Honorable Mention in Romance-Paranormal category. I am grateful to Readers’ Favorite for awarding the books such a prestigious recognition. 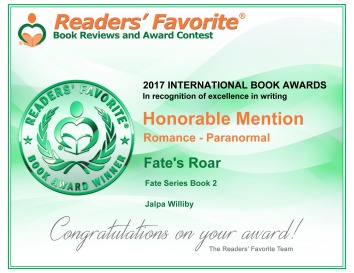 I am excited, yet humbled, that all six books I’ve entered so far for awards are now award-winning novels.

Miami was a blast! I swear meeting up with other award-winning authors is the greatest feeling. These guys are talented, inspiring, and are full of amazing wisdom. Here are some pictures from the Meet and Greet and the ceremony itself. 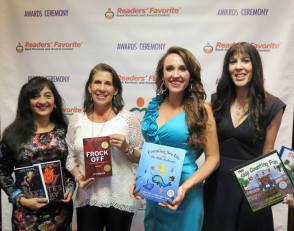 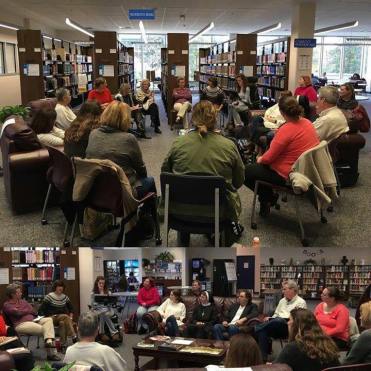 If anybody wants to purchase an autographed copy of any of my books, please contact me. Christmas is coming, so this may be a fantastic gift for somebody. 🙂

Lastly, I absolutely love photography. I’m really not that great at it, but I did take this pic while hiking in California one day. I liked it, so I decided to use it. I leave you with this final thought. Until next time, lovelies. 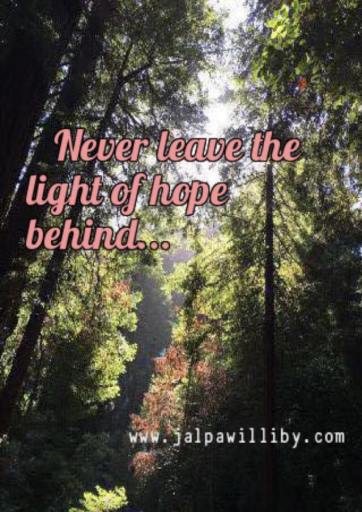